Genuine expedition cruises for an experience of a lifetime. Explore centuries old shipwrecks and discover pristine marine ecosystems in the unrivalled comfort of our splendid expedition ship.

Our expeditions follow the fabled "Carrera de las Indias" trade route in the Caribbean and the Gulf of Mexico where you can dive in real historical wreck sites. Land visits and tours to amazing places are also part of our expedition programs. Find out more about our expeditions.

Founded by a maritime archaeologist with 30 years of field experience, The Heritage Expeditions combines real adventure with high end hospitality services for exclusive groups of up to 10 people. Read more about our team.

Our aim is to actively contribute to the conservation of Underwater Cultural Heritage and marine environments, while offering an unforgettable travel experience with high end hospitality services and uncompromising comfort to the expeditions' participants. Learn more about about us. 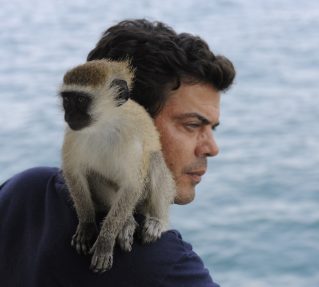 On the 3rd of May 2017, Alejandro Mirabal was officially recognised as the Guinness World Records Title Holder for Most Historic Shipwreck Locations Visited. This record equals to the amazing number of 242 shipwreck locations across several continents from December 1986 to August 2013. Alejandro Mirabal has 30 plus years of experience as a marine archaeologist and diver. Mirabal has dived… END_OF_DOCUMENT_TOKEN_TO_BE_REPLACED

We are pleased to announce that The Heritage Expedition social media channels are now fully operational. You can follow us in Facebook, Twitter and Instagram to be instantly updated about all news and progress of our expeditions and activities. Please feel free to share these links with your friends and contacts and helps us let… END_OF_DOCUMENT_TOKEN_TO_BE_REPLACED

Our expedition program for 2019 will be announced later this year.

Meanwhile, we welcome any enquiries from interested parties. To be updated on our progress and news, please follow us through our social media channels.

The Heritage Expeditions LLC is a Florida based company promoting and operating genuine expedition cruises focused on Underwater Cultural Heritage (UCH) along the "Carrera de las Indias" trade route in the Caribbean and the Gulf of Mexico.

Follow our activity on the web and get to know us.